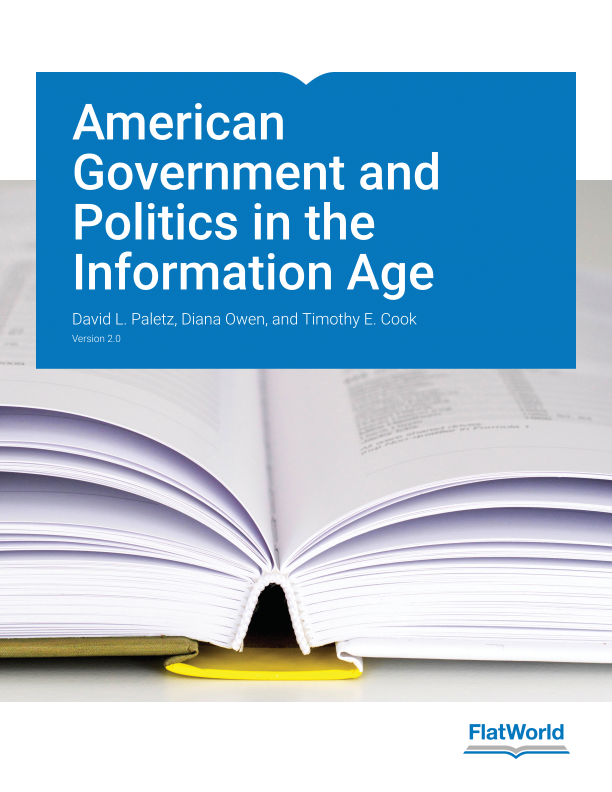 Buy This Book Redeem My Code

American Government and Politics in the Information Age is a comprehensive introduction to the vital subject of American government and politics. Governments consist of institutions, offices, and individuals who make policies and laws involving taxation and spending, costs and benefits, even life and death.

Request a desk copy or read the book online to see if this fresh approach to American Government is one that would fit with your course goals.

The text is updated with the 2014 election results, Obama's second term, Supreme Court decisions, the government's domestic and foreign policies, and much more in each section and chapter.

In covering American government and politics, the text:

Appreciating and learning these subjects can be a challenge. Inspired by students’ familiarity with mass media and their fluent use of new communication technologies, such as YouTube, Facebook, Twitter, live streaming, smartphones, and tablets, the authors have chosen an approach that connects the subject matter with these media and technologies. Many students acquire political information from the dramatic and dynamic news cycle with its twenty-four-hours-a-day, seven-days-a-week coverage of events. More and more students obtain news online, including from the websites of mainstream news organizations such as the New York Times and CNN. But the web also provides them with information that repeats, amplifies, challenges, or even contradicts the news they get from the mainstream media. Many students connect with government and politics through media entertainment. They watch The Daily Show with Jon Stewart and the late-night television talk shows of Jimmy Fallon, David Letterman (soon to be replaced by Stephen Colbert), and Conan O’Brien. They tune in to commentators such as Bill O’Reilly, Rachel Maddow, and Rush Limbaugh. They watch television competitions, reality shows, dramas, and comedies, most of which have political aspects. They may have seen one or more of Michael Moore’s polemical documentaries (e.g., Fahrenheit 9/11), or a movie about social issues, such as Selma. They may have listened to music with political messages, for example Lee Greenwood’s Proud to be an American and Bruce Springsteen’s Born in the USA. They may read the satirical website The Onion.

Although most political information still originates in the mainstream media—newspapers, magazines, television, radio, and movies—these media are being transformed by new forms of communication. Information can now be transmitted much more quickly and subjected to far more individual control, initiative, and choice than ever before. Digital technologies support new media formats, such as blogs, podcasts, and wikis, which blend interpersonal with mass communication, through e-mail and instant messaging.

Yet students are often unfamiliar with the causes of the media’s contents, especially the importance of ownership, profits, and professionalism. They may not fully grasp the influence on the media of outside forces, such as interest groups, political parties and candidates, and policymakers, most of whom are media savvy and use the new technologies to try to maximize their positive and minimize their negative coverage.

The authors have therefore organized the text to connect students’ media-saturated daily lives to the world of politics and government. Students should learn how the media interact with and depict the American political system; to recognize the similarities and differences between these media depictions and the real world of government and politics; and to understand the consequences these interactions and depictions can have for the public, politics, government, and public policies. Students should also learn how the media, including new media, can help them intervene productively in politics and get things done.

Each section of every chapter includes learning objectives, key takeaways, and key terms. These specify what material in that chapter is critical, both when read the first time and when reviewed. For those students who want to explore a particular topic further, each chapter includes an annotated set of readings, an annotated list of noteworthy fiction and nonfiction films, and other visuals that depict the chapter’s subject. Each chapter also contains photographs, tables, and figures that we use to further our discussion. Captions explain each one’s political meaning. Links to video and audio clips, political and media websites, and research databases further enrich the teaching and learning experience.

The ultimate goal is for students to increase their knowledge of the people, processes, institutions, and policies that make up the American political system; to become more aware of the influence and political effects of the old and new media; and to understand how they, as members of the public, can participate in politics. 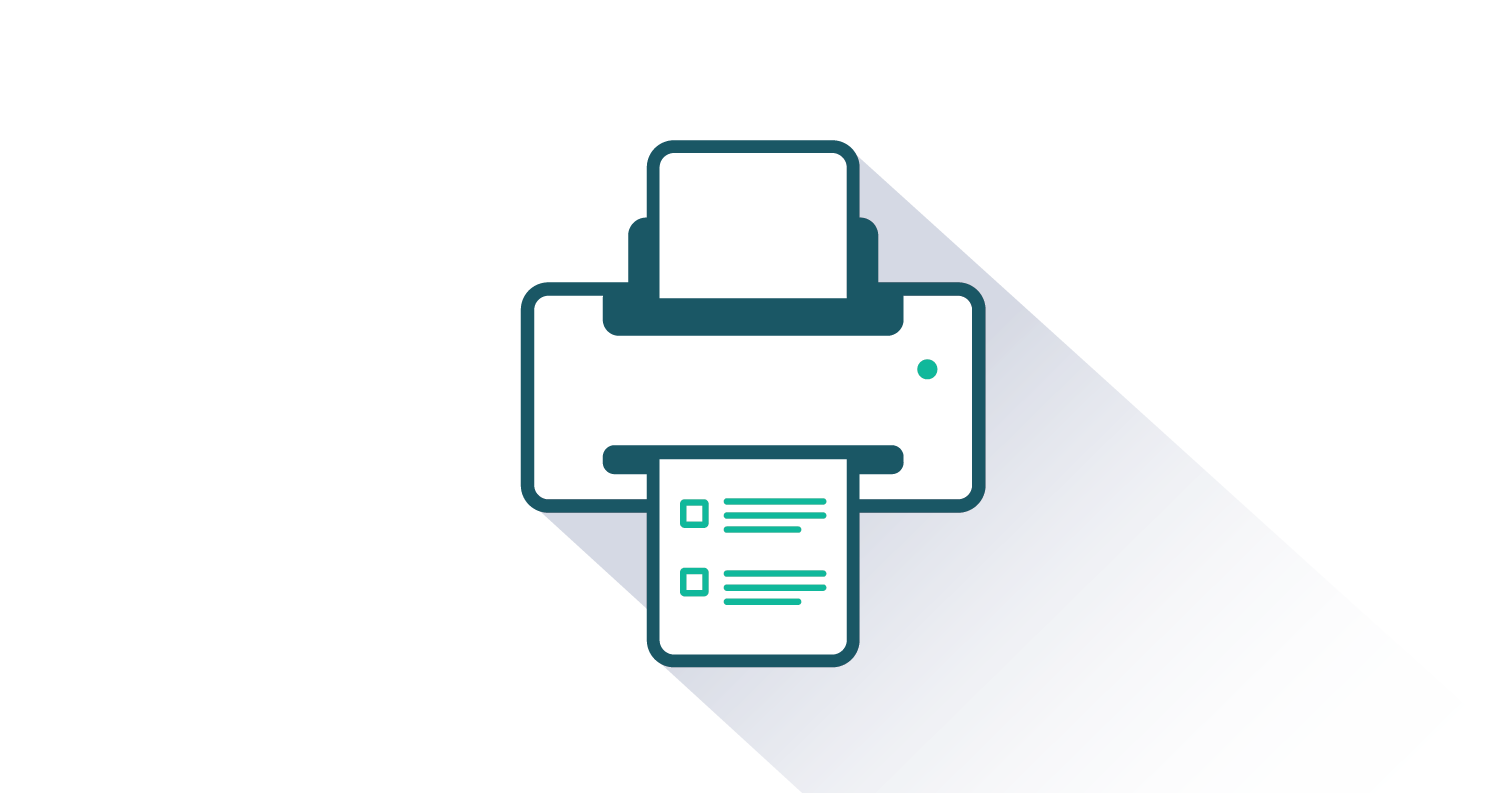 Timothy E. Cook (1954–2006) was a political scientist who held the Kevin P. Reilly, Sr. Chair of Political Communication at Louisiana State University from 2001 after twenty years as a professor at Williams College. He was the first occupant of the Laurence Lombard Chair at the Joan Shorenstein Center on the Press, Politics and Public Policy at Harvard University’s Kennedy School of Government, and was a Visiting Professor of Public Policy at the Kennedy School. Tim was an American Political Science Association Congressional Fellow which afforded him the opportunity to study the internal workings of Congress as a participant observer. He made lasting contributions in the fields of American government and media and politics. He is the author of the landmark works, Making News and Making Laws: Media Strategies in the House of Representatives (Brookings, 1987) and Governing with the News: The News Media as a Political Institution (University of Chicago, 1999 and 2005). Tim was a coauthor of Crosstalk: Citizens, Candidates, and the Media in a Presidential Campaign (University of Chicago Press, 1996). Both Governing with the News and Crosstalk were honored with the Doris Graber Award of the Political Communication Section of the American Political Science Association for the best book published in ten years. Tim also was the editor of Freeing the Presses: The First Amendment in Action (Louisiana State University Press, 2006). In addition to these works, Tim published journal articles and book chapters in the fields of legislative studies, presidential politics, elections and voting behavior, political communication, political socialization, and lesbian, gay, and bisexual politics. Tim was inducted in the Louisiana State University Manship School Hall of Fame in 2011. Tim passed away from brain cancer at the age of 51. He is survived by his spouse, Jack Yeager, a professor of French at Louisiana State University.