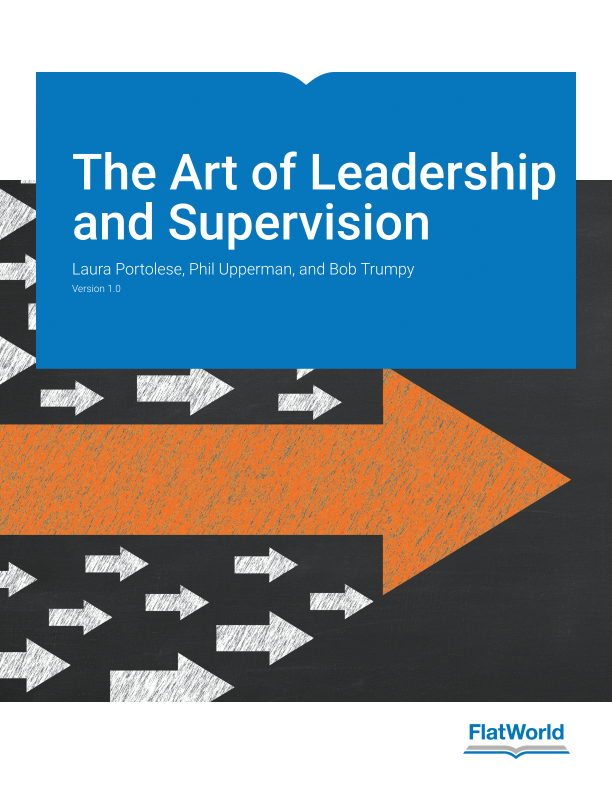 The Art of Leadership and Supervision

Unlike most books on the market, the authors chose to cover both leadership and supervision in one comprehensive text. The Art of Leadership and Supervision aims to prepare students for a future career in management by not only discussing leadership from an academic perspective, but also demonstrating how to apply those leadership characteristics and theories to the actual management and supervision of people. In addition, the authors believe that in order to be good leaders, people must understand themselves; therefore, the book focuses on self-assessments.

Chapter 7: Motivation as a Responsibility of Leadership 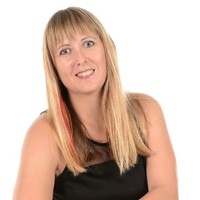 Laura Portolese (Doctorate, Argosy University) is the author or co-author of four books with FlatWorld (Human Resource Management, Human Relations, The Art of Supervision and Leadership, and Consumer Behavior Today). Professor Portolese holds a master of business administration from City University and a doctorate of business administration from Argosy University. She teaches in the Department of Information Technology and Administrative Management, part of the Cenral Washington University’s College of Education and Professional Studies. Before beginning her teaching career, Professor Portolese worked for several organizations in management and operations. She’s also an entrepreneur who has performed consulting work for companies such as Microsoft.

Dr. Phil Upperman, EdD, has more than thirty-five years of experience as leader, staff officer, lecturer, trainer, and instructor at mid-management and leadership development schools and universities. Phil is currently serving as a lecturer and adviser at Central Washington University. He has held a department chair position as the professor of military science at Seattle University. In this position he was the program director responsible for developing undergraduate students in the areas of leadership character, individual and team development, and organizational and operations management. As an instructor at the United States Army Infantry School he taught leadership, tactical and operational art and science, organizational management, and physical fitness development. At the United States Military Academy (West Point) he served as a University level psychology counselor responsible for personal leadership development of cadets as individuals and in groups. Phil has twenty-eight years of service, commanding at the company and field grade levels as a platoon leader, two company commands, and as a battalion commander. Phil has served on General Officer staffs as an Aide-de-Camp of a Corps Logistics Command, Chief of Operations at the Division and Battalion levels in the 101st Airborne Division, and as a Deputy Chief of Operations on the I Corps staff. At West Point he held the position of Deputy Garrison Commander (Deputy City Manager). He has also held several Executive Officer staff positions at the Brigade and Company levels. In the private industry sector he held positions as a program, region, and national director for a technology education company serving government and private education programs. Phil has a proven experiential track record of long-term success and achievement in the areas of fiscal management, human resources, operations, marketing, organizational training, and operational and leadership program development. Phil holds a doctorate from the School of Education at Seattle University, a masters degree in education and counseling psychology from Washington State University, and a masters degree in business management science from Troy University. As an Army officer, he graduated from the Army's Command and General Staff College, Officer Advanced (Mid-career) and Officer Basic (Entry-level) leadership courses, with a professional education focus on tactical and operational art and science, and organizational leadership and management.

Dr. Bob Trumpy is currently an associate professor of administrative management in the Department of Information Technology and Administrative Management (ITAM) at Central Washington University. From 1998 to 2009, Bob had been an administrator in the Division of Student Affairs and Enrollment Management (Senior Director of Health and Counseling Services), having also served in the role as lecturer in the College of Education and Professional Studies for the Department of Teacher Education and the Department of Information Technology and Administrative Management. Bob holds a doctorate of education (educational leadership–higher education administration) from Seattle University. His experience includes more than twenty-three years in leadership and supervisory positions in the fields of health care, consultation and training, and higher education. Bob is certified to administer and interpret the Strong Interest Inventory as well as the Myers-Briggs Type Indicator and is a State of Washington licensed mental health counselor and a State of Wisconsin licensed clinical social worker.
Back to top