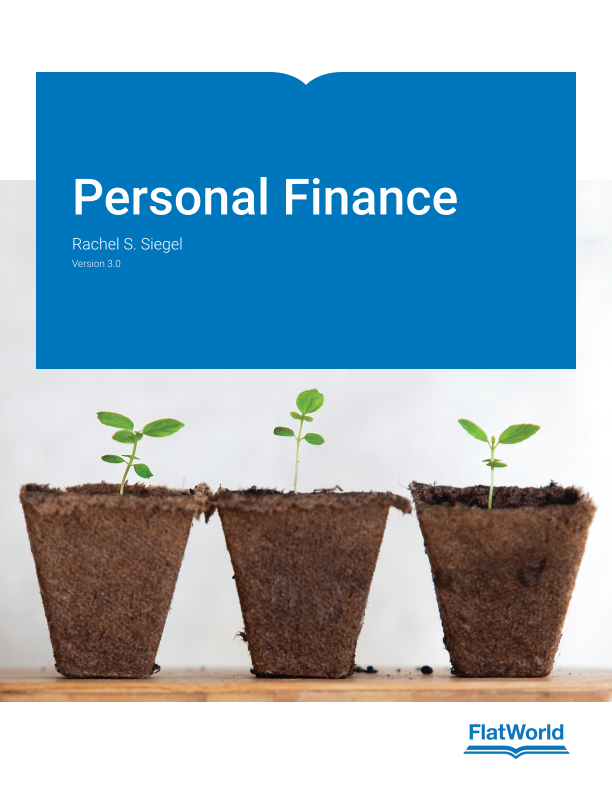 This textbook is suitable for the following courses: Personal Finance

Personal Finance was written with two simple goals: to help students develop a strong sense of financial literacy and to provide a wide range of pedagogical aids to keep students engaged and instructors on track. It is a practical introduction that covers all of the fundamentals and introduces conceptual frameworks in a way that students can grasp and use in their personal lives.

New in This Version:

Chapter 14: The Practice of Investment

Rachel S. Siegel, CFA, was a professor of finance, economics, and accounting at Northern Ver­mont University from 1990-2016. She has also taught as an adjunct faculty member at TrinityCollege (Vermont), Granite State College (New Hampshire), Springfield College (Massachusetts), the Univer­sity of Vermont, and in Tel Aviv, Israel, for Champlain College.
Siegel earned the Chartered Financial Analyst designation in 2003. She has been a consultant to the CFA Institute on exam development, data forensics, and curricula, and has consulted on variou­s exam prep courses in finance.
Siegel has also developed a freelance career as a financial editor and writer, for both invest­ments firms and academics. Her column "Follow the Money" has been a regular feature of the Northstar Monthly since 2001.
Originally from Providence, Rhode Island, Siegel earned a BA in English literature (1980) and an MBA (1989) from Yale University. She lives in Barnet, Vermont.
Back to top