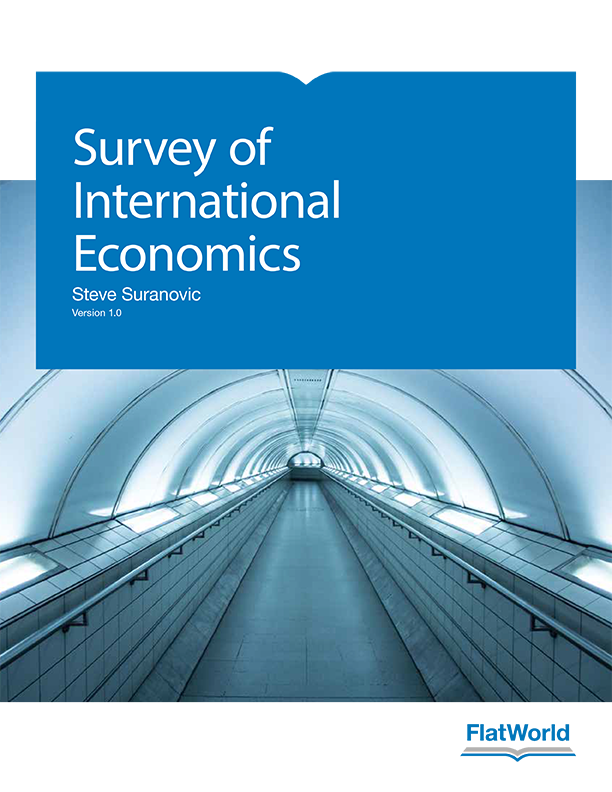 With a focus on theory, Suranovic presents economic models to demonstrate how economists understand the world. With detailed descriptions, rather than advanced mathematics, Survey of International Economics illustrates how a model’s assumptions influence its conclusion. This text is geared to students who are interested in advancing to a Ph.D. program or for non-economic major students.

Chapter 2: National Income and the Balance of Payments Accounts

Chapter 24: Evaluating the Controversy between Free Trade and Protectionism